August 12, 2019
Dr. Vikram Ambalal Sarabhai
( 1919 – 1971)
He was an Indian scientist and innovator widely regarded as the father of India's space programme. Sarabhai received the Shanti Swarup Bhatnagar Prize in 1962. He was honoured with the Padma Bhushan in 1966 and the Padma Vibhushan  in 1972. 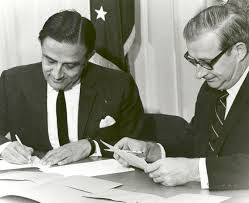 Son of Ambalal Sarabhai, he came from the famous Sarabhai family of India who were major industrialists committed to the Indian independence movement. Vikram Sarabhai married the classical dancer Mrinalini . The couple had two children. His daughter Mallika gained prominence as an actress and activist, and his son Kartikeya Sarabhai too became an active person in science. During his lifetime, he practiced Jainism 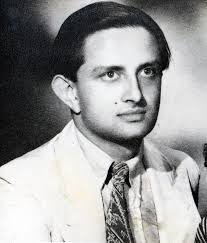 Known as the cradle of space sciences in India, the Physical Research Laboratory  was founded in 1947 by Vikram Sarabhai.PRL had a modest beginning at his residence, with research on cosmic rays.
Indian scientist and innovator vikkram sarabhai